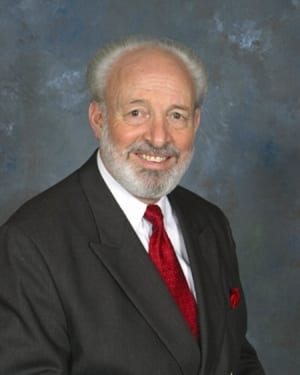 I was informed that pretribulationist Jimmy DeYoung would be talking about Prewrath on his prophecy show Prophecy Today and that he would have Renald Showers as a guest. I wrote DeYoung before the show to tell him that I would be available to go on his show to interact with Showers and himself on prewrath, but I overestimated him and did not receive any response. And it is too bad because his show ended up being a shallow discussion  perpetuating misunderstandings about prewrath.

Well it should not have been surprising but I was disappointed in his show today. His show was 1 1/2 hours long and I had to wait until about the last 5 minutes to hear him discuss prewrath!

It was simply surface-level. But that is expected from pop-pretribulationists who are only concerned with keeping their own people in the corral.

First, DeYoung kept confusing prewrath with midtrib, which just goes to show you that DeYoung is ignorant with “prophecy today.”

But DeYoung was not the only ignorant one, for Showers spoke of the prewrath as the position that believes that the rapture will occur about “3/4” into the 7 year period, which is not true.

Then Renald Showers mentioned that there are “Greek scholars who believe there are passages that teach imminency.” Umm…Mr. Showers, that is an assertion, not an argument. That does not prove anything. Then Showers cites a passage in Ezekiel to attempt to prove that the first four seals are God’s wrath. It was again another shallow assertion. Nevertheless, I will devote another blog post to responding to his claim.

Showers main argument was basically, “Prewrath is wrong because it denies imminency.” His statement reveals what is the holy grail for pretribulationists. It begs the question of whether imminency is actually taught in Scripture! It is circular reasoning for Showers to make this “argument.” The Bible does not teach imminency, but they are not confident enough to have a prewrather come on their show and challenge this fallacious presupposition.

I challenge Jimmy DeYoung to have me on his prophecy show to interact with his pretribulational position. For the record, prewrathers are willing to be examined in public by a prettribber, but prettribbers are not willing to undergo the same cross-examination.This is how it has been for 20 years for those who may not be aware of the history here.

And this is why prewrath continues to grow and find ex-pretrib converts because these thinking persons recognize that pretrib falls like a stack of cards when examined.