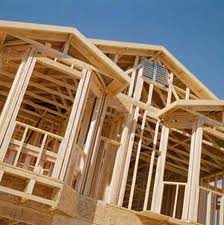 It is not the only method, but I think it is the best approach. I am often asked for recommendations on commentaries or books on the book of Revelation. I ask them if they have ever studied the doctrine of the second coming in depth. If they have not, then I suggest to them the “house” method.

There are four main passages in the Bible for a competent study on the second coming and all of them follow progressive revelation, that is, the order in which they were written or revealed by God to human authors.

First, we must establish a foundation. Before anyone frames, wires, and decorates a house, there must obviously be a foundation (I framed houses in my early twenties so I know a lot about the importance of foundations!). The foundation that I am referring to is a temporal foundation. That is, a time reference in which the events surrounding the second coming will unfold within.

The book of Daniel provides us this foundation, especially Daniel 9:24–27; 10–12. The archangel Gabriel revealed to Daniel that God is taking 490 years of human history to fulfill redemptive purposes. We learn that it is the last seven years that is most significant, a time when key eschatological events will unfold in proximity to the second coming. This seven year period is still yet to happen.

If this temporal foundation is not laid, then the interpretive house of eschatology will not be sturdy for the framing and other aspects of the house. We see this shaky foundation with preterism and historicism which denies a future seven-year period—even many posttribulationists deny the futurism of the seven years. Consequently, their eschatological houses do not pass the building codes, since they have cracks in their foundation.

Once the foundation is laid, then the framework of the house can be built: the walls, floors, roof, windows, and doors. Jesus’ teaching in his Olivet Discourse is likened to this next stage of house building. The Olivet Discourse includes Matthew 24–25, Mark 13, Luke 21. Jesus describes what will happen before the midpoint of the seven-year period and what happens after. His emphasis is on the second half, describing the Antichrist’s great tribulation that will start at the midpoint. He teaches that sometime during the second half, it will be cut short with his coming to gather God’s people, then followed by his judgment upon the wicked. This is followed by many exhortations to be spiritually watchful for his return.

When the framework is in place, the next stage of house building are facilities such as heating, air conditioning, electrical wiring, plumbing. This third key passage is found in Paul’ Thessalonian epistles. Developing on Jesus’ teaching, Paul provides the facilities such as a depiction of the resurrection, rapture, Antichrist’s actions, and aspects of the day of the Lord. A proper understanding of Paul’s teaching will have the house pass code so people can move into it.

Now it is ready to move into the house and begin decorating it with furniture, pictures, oven, refrigerator, painting, carpet, and window treatments. Similarly, the book of Revelation provides the furnishing to our understanding of the second coming. We have a context (a built house) to place the details of the Lord’s coming within. This is why we see so many odd interpretations of the book of Revelation, because they have a defective foundation, framework, and facilities.

So it is wise to use a method that begins back in Daniel and works through Jesus and Paul’s teachings before a systematic study of Revelation.