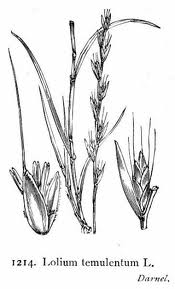 There are at least three common questions that arise when people study the parable of the Wheat and the Weeds in Matthew 13.

The first question is whether we are able to identify the wheat and weeds. I argue in a forthcoming book that responds to posttribulationism that the parable is not a picture of the mixed institutional church containing both professors (weeds) and possessors (wheat). This is a very common, but mistaken, interpretation. Rather, I argue that Jesus intended to teach that the weeds represent the wicked world at large and the wheat represent the righteous.

A second common question is, What does the harvest represent? The rapture? The sheep-goats judgment? Or some other harvest? Again, I will reserve my conclusion for the book.

A third common issue that arises, especially in the context of the rapture question is, Did Jesus intend to teach a sequence of events? That is, rapture then judgment or judgment then rapture? Many posttribulationists frequently appeal to this parable for support for their position understanding it that the church will first go through the day of the Lord’s judgment on earth (albeit protected) and then be raptured afterwards. I am posting an excerpt on this point from a forthcoming book responding to posttribulationism:

“Next we should ask if the parable intends to teach a sequence of events. For example it says: ‘First collect the weeds and tie them in bundles to be burned, but then gather the wheat into my barn’ (Matt 13:30). A chronology is unlikely; it is reading too much into the parable. We have to be careful of reading a sequence into the genre of parables. Even if there were a sequential aspect in this parable, it is difficult to establish an exact order. The parable states the weeds are collected and tied first, but suggests they are to be burned later after the wheat harvest. Thus if there is an intended sequence, the wheat is shown to have priority. The weeds are collected, tied, and placed to the side so as not to waste time burning them; then the task of harvesting is performed first. And only after the costly harvest is complete would the weeds be disposed by burning them. In ancient Palestine, weeds were often bundled and used later for fuel, as were other agricultural scraps.[i] In any event, it is best to build our eschatological chronology first from non-figurative passages.”

On a related point, it needs to be observed that the parable depicts that it is the righteous who are taken into the Father’s barn, while the wicked are left behind to be burned (c.f. Matt 24:31!, 37–41).

[i] Klyne R. Snodgras, Stories with Intent: A Comprehensive Guide to the Parables of Jesus (Grand Rapids: Eerdmans, 2008), 202.