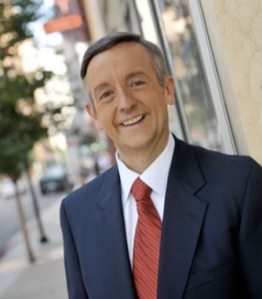 Pastor, and now self-proclaimed “prophet,” Robert Jeffress is more focused on scaring his flock to vote than he is in faith-building his people for the coming persecution.

Once again we have a pretribulational pastor deceiving his flock. We have been down this road many times, so I will make it brief. Jeffress is reading the newspaper back into God’s holy Word. I have not heard his sermon on this, only excerpts, but I can guarantee you that this pastor did not take his people through biblical texts that actually teach the church will encounter the Antichrist such as Matthew 24, 2 Thessalonians 2, and Revelation 13. Instead, he sensationalized the “rise” of Antichrist. Then again, we will be “out of here before all of that messy stuff,” right?

What is scary is when the Antichrist does appear, whether in this generation or another, the people of God who have been taught by men such as Jeffress will be vulnerable to the temptations of false teachers, persecution, and the “cares of this life.”