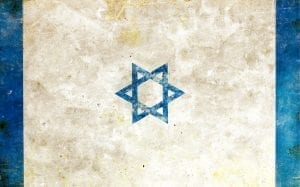 Accordingly, if a first-century Palestinian Jew spoke, acted and journeyed in ways that explicitly and implicitly evoked restorative eschatological expectations—expectations that implied the restoration of the Davidic kingdom/Israel kingdom—the hope for the restoration of the Promised Land was not far off. Insofar as this is the case, it is perhaps necessary to reread Jesus’ message about the kingdom of God in connection with his movements and actions against the backdrop of the restorative stream of first-century Jewish expectation that presupposed the Land-Kingdom motif. . .Jesus’ movements in the northern region of the ideal Land of Israel and his action of gathering together twelve disciples, when seen against the backdrop of the restorative eschatology on the one hand and the messianic self-identity presented by Wright on the other, make it difficult to conclude otherwise than that he maintained the traditional promises of the restoration of the Land of Israel.

Wilitts, Joel. “Jesus, the Kingdom and the Promised Land: Engaging N.T. Wright on the Question of Kingdom and Land,” Journal for the Study of the Historical Jesus (13, 2015). 24-26.