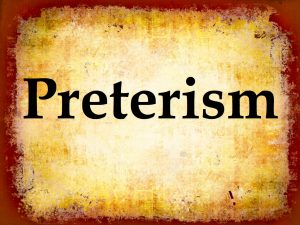 Preterism claims that Matthew 24-25 was fulfilled around the time of the Jewish revolt of AD 66–70, or at least from the time of Christ to the fall of Jerusalem.

I want to draw your attention to one of several prophecies from Jesus’ Olivet Discourse that is deeply problematic for preterist interpreters.

Preterists assume that there was a proliferation of messianic pretenders between the time of Christ and the fall of Jerusalem in AD 70.

The problem is they are not able to cite specific historical evidence to support their claim.

The reason for this is because there is no historical evidence for “many messianic pretenders” during this time.

In fact, the historical documentation reveals, mostly from Josephus, that there were only two messianic pretenders during this time. A far cry from “many” (πολλοὶ).

These two messianic claimants during the Jewish revolt were:

(And even here it may be doubted whether these two royal pretenders were meaningfully considered “messianic” in the minds of their followers.)

Further, there is only one other messianic claimant that we know for certain during the entire first century: Jesus.

So as far as during the period that preterists think there were “many” messianic pretenders, there were only two. Not “many.”

Preterism fails, once again, in finding prophetic fulfillment of Jesus’ Olivet Discourse during the first century.

Either Jesus is a false prophet, or preterist interpretation needs to reevaluate the historical evidence and their presuppositions.

*See Bandits, Prophets & Messiahs: Popular Movements in the Time of Jesus by Richard A. Horsley with John S. Hanson (pp. 118–27).