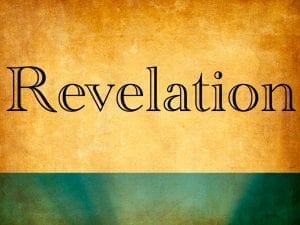 The long answer is that the seals function as bringing to open humanity’s guilt before God, so that Jesus’s judgment against humanity through the trumpets and bowls are justly paybacks for their accumulated debt of sin. J. Webb Mealy, who follows O. Roller, construes the seven-sealed scroll as a certificate of debenture, which symbolizes a legal document that accounts for one’s indebtedness to another.* Mealy explains,

In Revelation 5, which sets the stage for the ‘judgments’ of the seven seals, Christ receives, on the basis of his sacrificial death, the authority from God to reveal in the heavenly courtroom the contents of the seven-sealed document. It is arguable that the concept of judgment functions no differently in this context than it does in the seven letters. In other words, from ch. 5 on in Revelation, judgment is still to be understood primarily in the sense of proving someone guilty by revealing the facts of the case, as opposed to the sense of punishing someone for a crime. The first four seals (Rev. 6:1–8), for example, far from revealing divine chastisements, reveal the catalysts through which sinful and murderous humanity is brought to witness against itself. The four horsemen thus represent demonic agencies whose release into the arena of nations and societies tempts them to express their true nature. The central theme of Revelation 5–6, that judgment is God’s sovereign activity of bringing into the open (through Christ) the true character and disposition of human beings, clearly stands as common ground between Revelation and the Fourth Gospel (cf. Jn 3.19; 9.39). The presence of this theme also tends to corroborate Roller’s thesis that the seven-sealed scroll is intended as a certificate of debenture. Christ, the Son of Man and the Redeeming Lamb, has the unique right to make public the truth about mankind which is contained in the scroll. For as the Son of Man, he is a firsthand witness of humanity’s debt of sin, and as the sacrificial Lamb, he has paid that debt in full on the cross (cf. Rev. 5.9–10). . . . Now, in the sixth seal, the sense is that the prayer [of the martyred saints for God’s vindication] is being answered, and that all human is being ‘caught red-handed.’ Thus people are represented as having a sense of guilt so great that they prefer death to standing face-to-face with a just God and his Christ. . . .” (emphasis mine).**

Incidentally, this contradicts the claim by pretribulationists that Jesus breaks the seals because the seals are “God’s wrath.” They have it backwards. The seals establish the reason why God will punish the wicked. Humanity accumulates sin and reveals their guilt through their deeds in the seals, while the trumpet and bowl judgments punish them for those deeds.