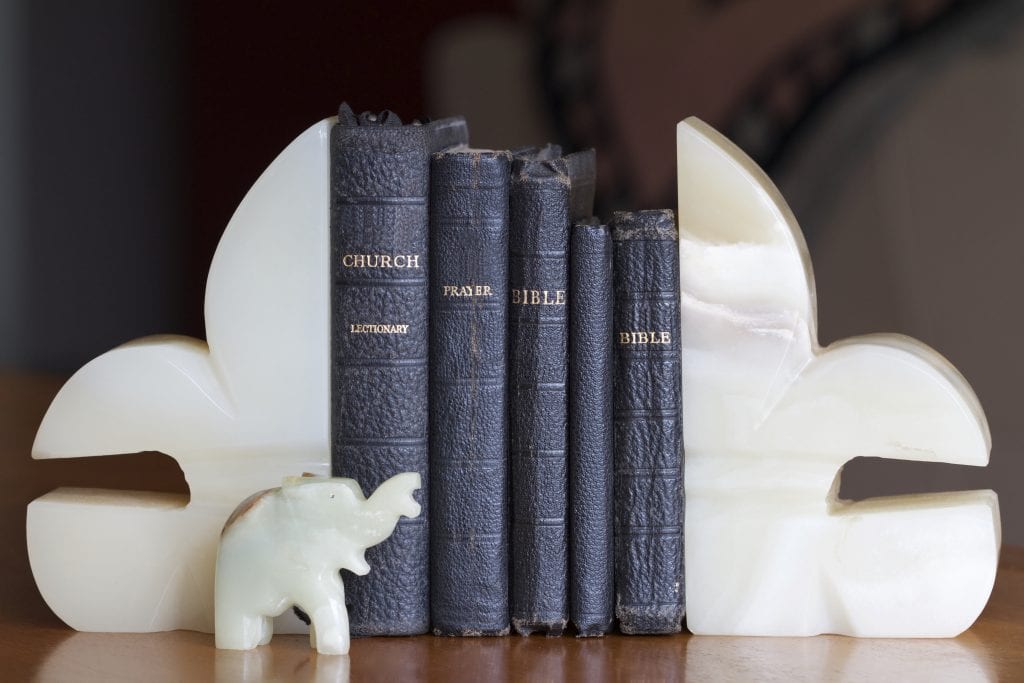 A prophecy to consider is found in the book of Joel.

After all of this I will pour out my Spirit on all kinds of people. Your sons and daughters will prophesy. Your elderly will have revelatory dreams; your young men will see prophetic visions. Even on male and female servants I will pour out my Spirit in those days. I will produce portents both in the sky and on the earth– blood, fire, and columns of smoke. The sunlight will be turned to darkness and the moon to the color of blood, before the day of the LORD comes—that great and terrible day! (Joel 2:28–31, emphasis mine)

This prophecy began to be fulfilled in the context of Israel and the establishment of the church age. Preaching at Pentecost, Peter proclaims:

But this is what was spoken about through the prophet Joel: ‘And in the last days it will be,’ God says, ‘that I will pour out my Spirit on all people, and your sons and your daughters will prophesy, and your young men will see visions, and your old men will dream dreams. Even on my servants, both men and women, I will pour out my Spirit in those days, and they will prophesy. And I will perform wonders in the sky above and miraculous signs on the earth below, blood and fire and clouds of smoke. The sun will be changed to darkness and the moon to blood before the great and glorious day of the Lord comes. And then everyone who calls on the name of the Lord will be saved.’ (Acts 2:16–21)

Peter applies the Old Testament prophecy from the prophet Joel, what was originally given to Jews and about Jews exclusively, and reveals that its fulfillment occurs in the inauguration of a new spiritual community to be composed of Jews and Gentiles, i.e. the church was born.[1] This prophecy was given by Joel to Israel and fulfilled in the context of Israel and the new covenant community. It should be clarified that even though these events were prophesied originally to Israel, the church is not “replacing” Israel. Instead, the application of the prophecy is being extended to the believing Gentiles in the church, because Joel’s prophecy of the coming of the Holy Spirit was extended to believing Gentiles. Since the church age can be established during the fulfillment of a Jewish prophecy, the church age can be completed during the fulfillment of a Jewish prophecy. By citing Joel’s prophecy, Peter does not view Joel’s entire prophecy completely fulfilled at Pentecost; rather, he is intending to show that his prophecy has begun to be fulfilled. In other words, Peter’s understanding of Joel’s prophecy construes it as “bookends” of the church age. The first part with the pouring out the Spirit on all people is a sign that God is doing a new redemptive work as the church age is conceived. When the second part of the prophecy happens, it is a sign that the church age is completed. The consistent message in Scripture concerning the celestial disturbance event is their function to signal the future two-fold event of the deliverance of the saints and the impending day of the Lord’s wrath (see Luke 21:25–28; Matt 24:22–31; Mark 13:20–27; Rev 6:12—8:5; Joel 2:31).