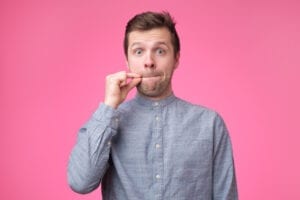 Usually this quesiton is in the context of a pastor keeping their eschatology secret, so let me address that context.

There is one exception: When a new pastor is working through a viewpoint and is not quite ready to proclaim their position as God’s truth. But a seasoned pastor has no excuse not to have a viewpoint on biblical prophecy.

Other than that exception, I believe it is wrong for a pastor or other church leader to keep their eschatology secret.

Incidentally, Charles Cooper was a noted professor at Moody Bible Institute. He switched from pretrib to prewrath. The Institute told him that he could have his personal view of prewrath, while his public school position needed to be pretrib. Cooper considered this lying and told Moody that he could not go along with this and ended up having to leave the Institute. Cooper was the most popular professor there at that time and effective leader among the students.

When a pastor keeps their eschatology secret, they are in essence hiding God’s truth from their flock. This would make the pastor then not worthy of the pastorate for this sufficient reason, full stop.

It is valuing something more important than God’s will for his people (e.g. “I am afraid to alienate someone in my church; therefore, I will be silent on what I believe God teaches.”)

I am not going to comment on all the unwarranted, unconvincing reasons that I have heard over the years why a pastor would do such a thing. I have addressed many of these in the most recent issue of Biblical Prophecy Magazine.

I have encountered many closet prewrath pastors over the years, and sadly I have to say that they want to keep it that way as to not rock the boat. I want to challenge them to step up and stop being afraid and trust God—you have a biblical mandate to teach and warn the flock on this message.

Is your job and health insurance package more important than your flock’s souls?

The last ten years, I have received many emails from secret prewrath pastors. I respectively ask that you don’t email me anymore. It is time to step up and count the cost and shepherd your flock with truth.