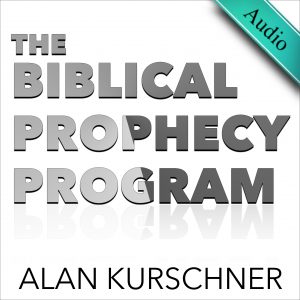 I replied to Harvest Christian Fellowship’s shallow sermon by Greg Laurie on his pretribulational rapture and Antichrist view.

He believes the church will be raptured before the Antichrist emerges. He painfully confuses the event of the Antichrist’s great tribulation with the day of the Lord’s judgment.

I pointed out a glaring inconsistency in his interpretation of Matthew 24. He shifts the audience at the beginning of that chapter applying to the church to a completely different audience after verse 8. He gave no evidence for his arbitrary interpretation.

Laurie’s sermon basically says, “Look at all the bad stuff happening in the world, but don’t worry you will be raptured out of here before it gets worse.” He also invoked the cutesy pretrib slogan, “The Bible does not teach to be looking for the Antichrist but for Jesus Christ.” How original! I responded to this shallow, unbiblical platitude.

I also replied to his out of context citation of Luke 21:28, which is so typical of pretrib teachers. I concluded the program with a public challenge invitation to Mr. Laurie to debate this issue. We shall see if he accept it.

Links I mentioned in the episode:

Here is the sermon I responded to in this program: