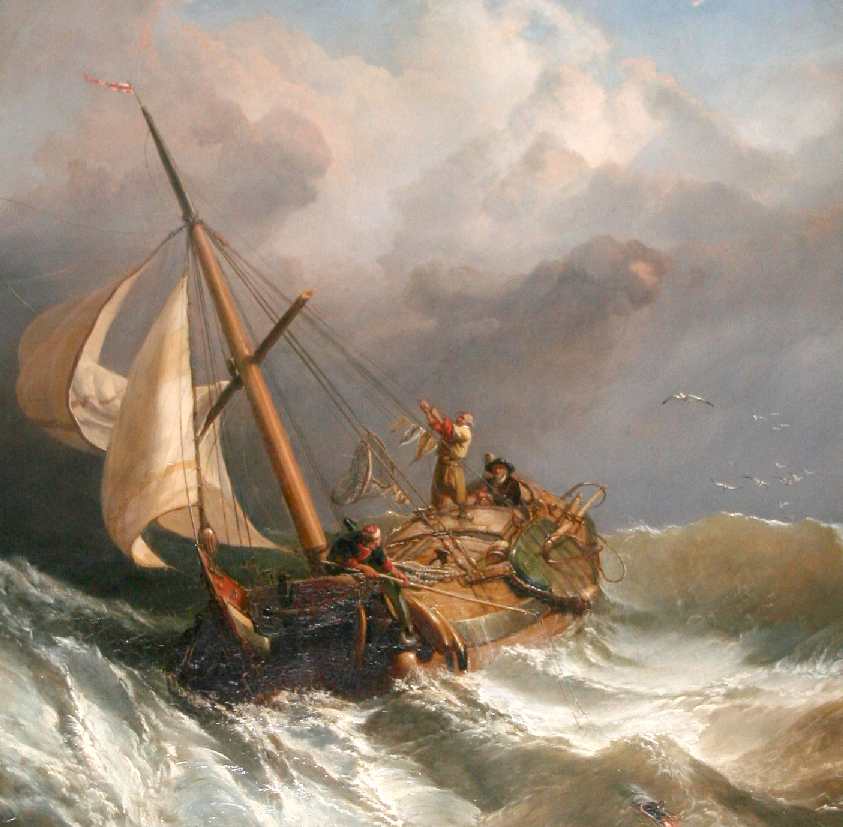 Now when evening came, his disciples went down to the lake, got into a boat, and started to cross the lake to Capernaum. (It had already become dark, and Jesus had not yet come to them.) By now a strong wind was blowing and the sea was getting rough.  Then, when they had rowed about three or four miles, they caught sight of Jesus walking on the lake, approaching the boat, and they were frightened. But he said to them, “It is I. Do not be afraid.” Then they wanted to take him into the boat, and immediately (eutheōs) the boat came (ginomai) to the land where they had been heading. (John 6:16–21; cf. Acts 8:39–40)

I have read this text many times, but this morning as I was reading John 6, it struck me that the text suggests the disciples—along with the boat!—were, shall we say, “raptured to the shore” out of the storm. The New English Translation notes:

The fact that they were in the middle of the lake and the text states, “immediately the boat came to the land,” strongly suggests a miraculous transport of the disciples to the shore by Jesus, so as to deliver them from the storm.  That would had been a really cool boat ride!

An application is not hard to draw. When God’s people will be in the midst of the difficult storm of the Antichrist’s great tribulation, God will be saying, “Do not be afraid.” He will ultimately deliver us at his return—whether we live or die.