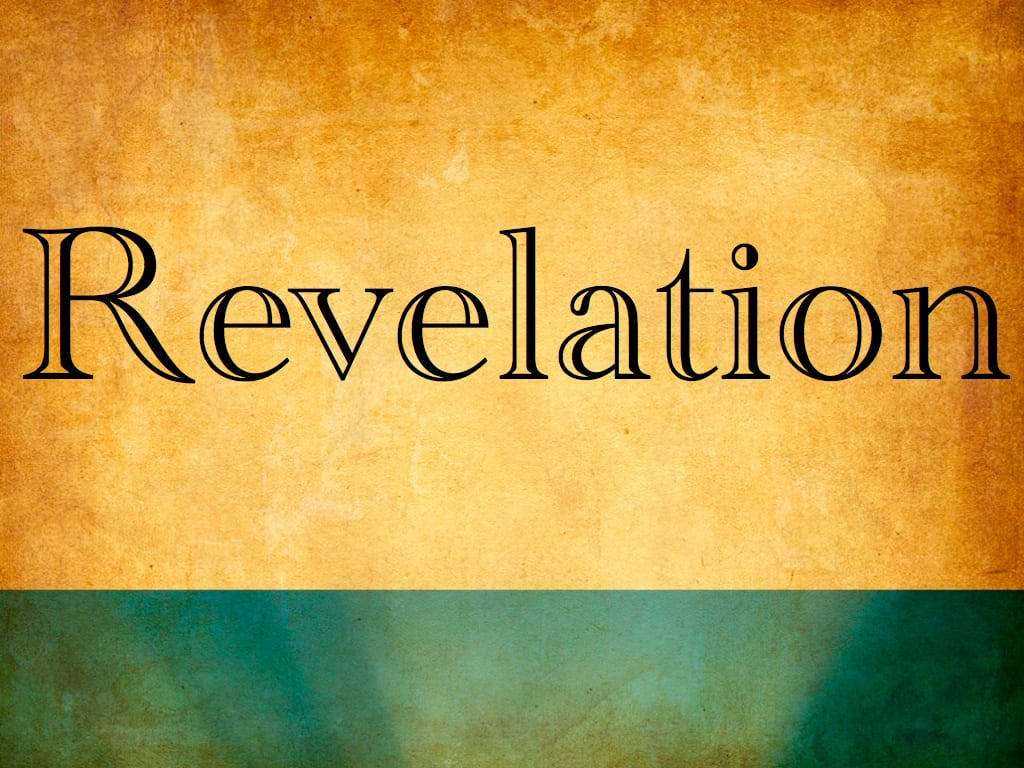 Pretribulationists claim that the seals are part of the day of the Lord’s wrath because it is Jesus who opens them up.

In fact, just recently, a prewrather called into Brannon Howse’s Worldview Weekend Radio program with Jimmy DeYoung as his guest. The prewrath caller explained the biblical distinction between the Antichrist’s great tribulation and the day of the Lord’s wrath. (At the 1:00:08 mark, July 19, 2013). In response, DeYoung failed to engage with this person’s explanation and quickly replied with stating that the seals must be God’s wrath because it is Jesus who opens them up.

With so much of pretribulationism, they assert instead of providing support. Merely asserting that Jesus opens up the seals of the scroll does not mean that the nature of the seals contain God’s eschatological wrath. In his response to the prewrather caller, DeYoung never mentioned the specifics of the seals themselves to prove his case. When one examines the individual seals they will learn that they function as conditions that must happen before God’s wrath, not expressing God’s wrath itself.

The scroll represents the title deed of earth and only King Jesus is “worthy” to open it, because he alone is worthy to rule the world (see Revelation 5).

The first four seals express natural events: Conquering, wars, famine, death (see Revelation 6:1–8). Nothing new here. The church has experienced these events throughout its existence. However, these specific seal events are most likely in the future and will be on a large scale. I also think that the first three seals of the four are referred to as the beginning of birth pangs in Jesus’ Olivet Discourse (see Matthew 24:5–8). Nevertheless, the point is that the nature of these seals do not convey elements of God’s eschatological day of the Lord’s wrath.

Next the fifth seal.

“(9)  Now when the Lamb opened the fifth seal, I saw under the altar the souls of those who had been violently killed because of the word of God and because of the testimony they had given. (10) They cried out with a loud voice, “How long, Sovereign Master, holy and true, before you judge those who live on the earth and avenge our blood?” (11) Each of them was given a long white robe and they were told to rest for a little longer, until the full number was reached of both their fellow servants and their brothers who were going to be killed just as they had been.” (Rev 6:9–11)

This seal is highly problematic for pretribulationists. Indeed, it contradicts their claim that the seals are God’s wrath. All pretribulationists (rightly) claim that believers will not experience the wrath of God (cf. 1 Thess 5:9). Yet this seal explicitly reveals that it is directed against believers, who have ended up as martyrs! So pretribulationists, according to their logic, have believers being killed by what they assume is the wrath of God. May it never be! Jesus opens the fifth seal not to execute wrath against his own people, but to convey his sovereignty over these events, as they progress toward his kingdom goal.

These are believers who have not been killed by God’s wrath—because it has not started yet—instead, it is a result of the Antichrist’s great tribulation. In fact, it explicitly states that the result of their being killed is due to, not God, but “because of the word of God and because of the testimony they had given.” So the fifth seal cannot be part of God’s wrath.

Moreover, notice in verse 10 above that the martyrs themselves recognize their martyrdom was not because of God’s direct action of wrath, since they are crying out to God asking them when he will begin his judgment: “How long, Sovereign Master, holy and true, before you judge those who live on the earth and avenge our blood.” The divine answer given to them was not, “You are confused, I have already begun my judgment.” No! the divine answer shows that it has not begun: “Each of them was given a long white robe and they were told to rest for a little longer.” They are given a white robe (not wearing it just yet) as a symbol of the hope of their resurrection and the promise of soon-coming wrath to avenge their blood.

Next the sixth seal.

“(12) Then I looked when the Lamb opened the sixth seal, and a huge earthquake took place; the sun became as black as sackcloth made of hair, and the full moon became blood red; (13) and the stars in the sky fell to the earth like a fig tree dropping its unripe figs when shaken by a fierce wind. (14) The sky was split apart like a scroll being rolled up, and every mountain and island was moved from its place. (15) Then the kings of the earth, the very important people, the generals, the rich, the powerful, and everyone, slave and free, hid themselves in the caves and among the rocks of the mountains. (16) They said to the mountains and to the rocks, “Fall on us and hide us from the face of the one who is seated on the throne and from the wrath of the Lamb, (17) because the great day of their wrath has come, and who is able to withstand it?”” (Rev 6:12–17)

Even though this celestial event signals to the world of God’s impending judgment, the reaction of the wicked is to flee from what is coming. They interpret it not as a mere freakish event, but divine: ““Fall on us and hide us from the face of the one who is seated on the throne and from the wrath of the Lamb.” This is not the first time that this celestial disturbance is mentioned in the Bible. Other eschatological passages depict this event. The prophet Joel records,

“I will produce portents both in the sky and on the earth– blood, fire, and columns of smoke. The sunlight will be turned to darkness and the moon to the color of blood, before the day of the LORD comes– that great and terrible day!” (Joel 2:30–31)

Notice it says, “before” the day of the Lord. Not “during” or “after,” but before. This cluster of celestial disturbances function to signal the impending day of the Lord’s wrath.

Luke’s account of this event highlights that there will be two polar responses. For unbelievers they will be “in distress, anxious…fainting from fear and from the expectation of what is coming on the world.” For believers, we are to “stand up and raise your heads, because your redemption is drawing near.”

“(25) “And there will be signs in the sun and moon and stars, and on the earth nations will be in distress, anxious over the roaring of the sea and the surging waves. (26) People will be fainting from fear and from the expectation of what is coming on the world, for the powers of the heavens will be shaken. (27) Then they will see the Son of Man arriving in a cloud with power and great glory. (28) But when these things begin to happen, stand up and raise your heads, because your redemption is drawing near.”” (Luke 21:25–28)

Matthew’s account highlights that the celestial event announces the day of the Lord’s wrath, which will happen “immediately” after the great tribulation.

“(29) Immediately after the suffering of those days, the sun will be darkened, and the moon will not give its light; the stars will fall from heaven, and the powers of heaven will be shaken. (30) Then the sign of the Son of Man will appear in heaven, and all the tribes of the earth will mourn. They will see the Son of Man arriving on the clouds of heaven with power and great glory.” (Matt 24:29–30)

The Antichrist’s great tribulation will happen before the day of the Lord’s wrath. The object of Antichrist’s persecution will be against God’s people. The object of the Lord’s wrath will be against the wicked. When the Son of Man pierces through the darkness and arrives on the clouds, he will rapture God’s people cutting short the Antichrist’s persecution of them—then the Lord will unleash his wrath upon the world.

Next the seventh seal.

Before the seventh seal is opened, which will then open the scroll, there is a significant event that happens. The first six seals are opened without interruption, but before the seventh seal is opened there is a pause in the narrative with two groups of people being delivered. There is a group of 144,000 Jews on earth who are sealed and protected, and then there is a great multitude that cannot be numbered in heaven (see Revelation 7).

Why are they being delivered at this point?  It makes sense that it happens at this point because the seventh seal is about to be opened which will unleash the day of the Lord’s wrath through the trumpet and bowl judgments. It is noteworthy that the great multitude in heaven possess resurrected bodies! This implies that they have just been raptured, since it also says they “have come out of the great tribulation” (Rev 7:14).

This is consistent with Jesus’ teaching where he says the elect are gathered out of the great tribulation: “Immediately after the tribulation of those days [great tribulation]…. And he will send his angels with a loud trumpet blast, and they will gather his elect from the four winds, from one end of heaven to the other” (Matt 24:29, 31).

Finally, the account of the opening of the seventh seal depicts the pronouncement of the day of the Lord’s wrath of God. Read carefully the sober overture of the preparation to God’s impending wrath:

“(1) Now when the Lamb opened the seventh seal there was silence in heaven for about half an hour. (2) Then I saw the seven angels who stand before God, and seven trumpets were given to them. (3) Another angel holding a golden censer came and was stationed at the altar. A large amount of incense was given to him to offer up, with the prayers of all the saints, on the golden altar that is before the throne. (4) The smoke coming from the incense, along with the prayers of the saints, ascended before God from the angel’s hand. (5) Then the angel took the censer, filled it with fire from the altar, and threw it on the earth, and there were crashes of thunder, roaring, flashes of lightning, and an earthquake. (6) Now the seven angels holding the seven trumpets prepared to blow them.” (Rev 8:1–6)

In summary of these latter seals, the fifth seal promises wrath, the sixth seal portends wrath, an interlude in Revelation 7 protects from wrath, and the seventh seal pronounces wrath.

In conclusion, the fact that Jesus opens the seals himself does not mean that the seals contain God’s wrath. Instead, as we have examined the nature of these seals, they demonstrate to function as conditions that must be first met before the scroll is opened containing God’s wrath in the trumpet and bowl judgments.

Jesus is the only one worthy to possess this world as his kingdom, thus, no one else can open the seals!