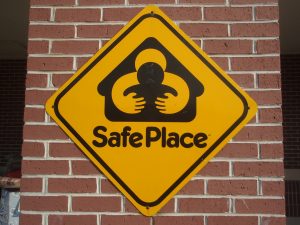 There is a trend out there for certain “progressive” evangelicals who are triggered by literal interpretations of biblical prophecy.

In knee-jerk fashion, they will read practically all prophetic portrayals of the future as “metaphor” or “symbolism.”

Shouting “metaphor” in theology is like shouting “racism” in politics. It is intended to shut down discussion and not have to deal with evidence and counter-arguments.

For example, they will dismiss Paul’s depiction of the glorious return of Jesus’ return as merely “metaphorical”:

“For the Lord himself will descend from heaven with a cry of command, with the voice of an archangel, and with the sound of the trumpet of God. And the dead in Christ will rise first. Then we who are alive, who are left, will be caught up together with them in the clouds to meet the Lord in the air, and so we will always be with the Lord.” (1 Thess 4:16–17)

They have been so traumatized (tongue-in-cheek) by the Left Behind sensationalism that they have had to find a theological safe-space in order to deny Paul’s second coming narrative by dismissing it as “metaphoric.” In short, they have thrown out the baby with the bathwater.

In reality, they are bordering on heresy by denying the bodily return of Jesus. They will try to get around this accusation by stating that Jesus “appears on earth bodily” but does not eventually traverse to the earth from the sky in bodily fashion. How convenient!

Besides the linguistic evidence that could be cited within Paul’s discourse itself, the Ascension narrative (an indubitable literal narrative) debunks the metaphorical interpretation of Paul’s narrative of how Jesus will return via the sky:

“And when he had said these things, as they were looking on, he was lifted up, and a cloud took him out of their sight. And while they were gazing into heaven as he went, behold, two men stood by them in white robes, and said, “Men of Galilee, why do you stand looking into heaven? This Jesus, who was taken up from you into heaven, will come in the same way as you saw him go into heaven.” (Acts 1:9–11)

Commenting on this event, Steve Hays writes, “That’s presented as an eyewitness account, in observational language. That’s what you and I would see, had we been there” (source). The literal depiction of Jesus going up into the sky is said to be the same literal mode by which he will return, in the sky with clouds.

Incidentally, here are two other related passages I should mention that focus on the sky-visibility aspect of his return which functions to identify the Son of Man to the world. A non-literal interpretation of these two passages undercuts the identity function in the biblical narrative pointing to Jesus’ unmistakable return.

Then will appear in heaven the sign of the Son of Man, and then all the tribes of the earth will mourn, and they will see the Son of Man coming on the clouds of heaven with power and great glory (Mt 24:30)

Behold, he is coming with the clouds, and every eye will see him (Rev 1:7)

In conclusion, I ask, what is so unimaginable to think of Jesus returning to the sphere of the sky that they feel the need to turn this into a metaphor? These metaphoric interpreters would affirm the literal virgin birth, an event that is much more miraculous. But for some reason a straight forward event such as Jesus returning in the sky appearing in glory is too fantastic for these God-in-the-box interpreters.