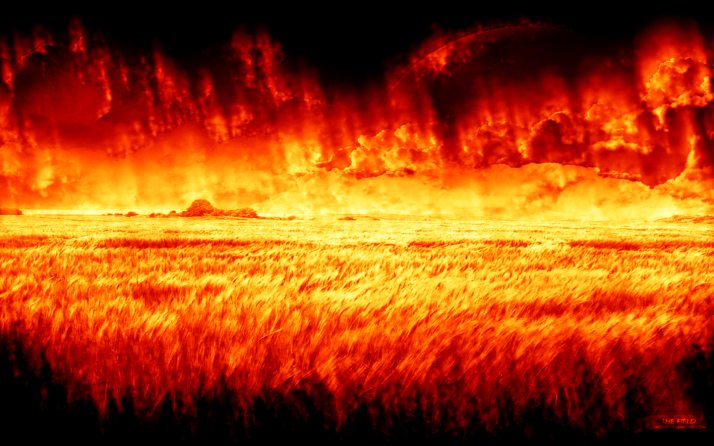 I want to make a brief note responding to the annihilationist claim that unbelievers will not suffer conscious torment after judgment day (i.e. they will cease to exist all-together). They will be “annihilated,” it is claimed.

The problem with this view is that Rev 19:20 contradicts this notion:

“And the beast was captured, and with it the false prophet who had performed in its presence the signs by which he deceived those who had received the mark of the beast and those who worshiped its image. These two were thrown alive into the lake of fire that burns with sulfur.” (Rev 19:20)

The narrative does not just state they were thrown into the lake of fire, but they were thrown alive. If one denies that this means alive in the sense that we understand it because it is symbolic language, then what could “alive” even mean in a symbolic sense? We are not told. The point of saying that they are being thrown “alive” in the lake of fire is to stress their immediate punishment. This clearly implies a conscious punishment.

Annihilationists may concede that the false prophet and the beast will be thrown alive into hell, but some will claim that it is “only for a short time” and they will “eventually be annihilated.” But this does not work either because only a few verses further does it in unequivocal terms state that this punishment is forever:

“And the devil who had deceived them was thrown into the lake of fire and sulfur, where the beast and the false prophet were, and they will be tormented day and night forever and ever.” (Rev 20:10)

“But this is only for the most evil of individuals such as Satan, the beast, and the false prophet,” says the annihilationist. Wrong again, a few verses further it states all unbelievers will share this punishment in the lake of fire:

“anyone whose name was not found written in the book of life was thrown into the lake of fire.” (Rev 20:15)

Finally, this is a warning for the Church and those who think believers will be able to take the mark and “still be okay”:

“Then another angel, a third, followed them, crying with a loud voice, ‘Those who worship the beast and its image, and receive a mark on their foreheads or on their hands, they will also drink the wine of God’s wrath, poured unmixed into the cup of his anger, and they will be tormented with fire and sulfur in the presence of the holy angels and in the presence of the Lamb. And the smoke of their torment goes up forever and ever. There is no rest day or night for those who worship the beast and its image and for anyone who receives the mark of its name.’ Here is a call for the endurance of the saints, those who keep the commandments of God and hold fast to the faith of Jesus.” (Rev 14:9–12)

The reality of hell as a tormenting, conscious eternal place is not something we should minimize, ignore, or spiritualize away.