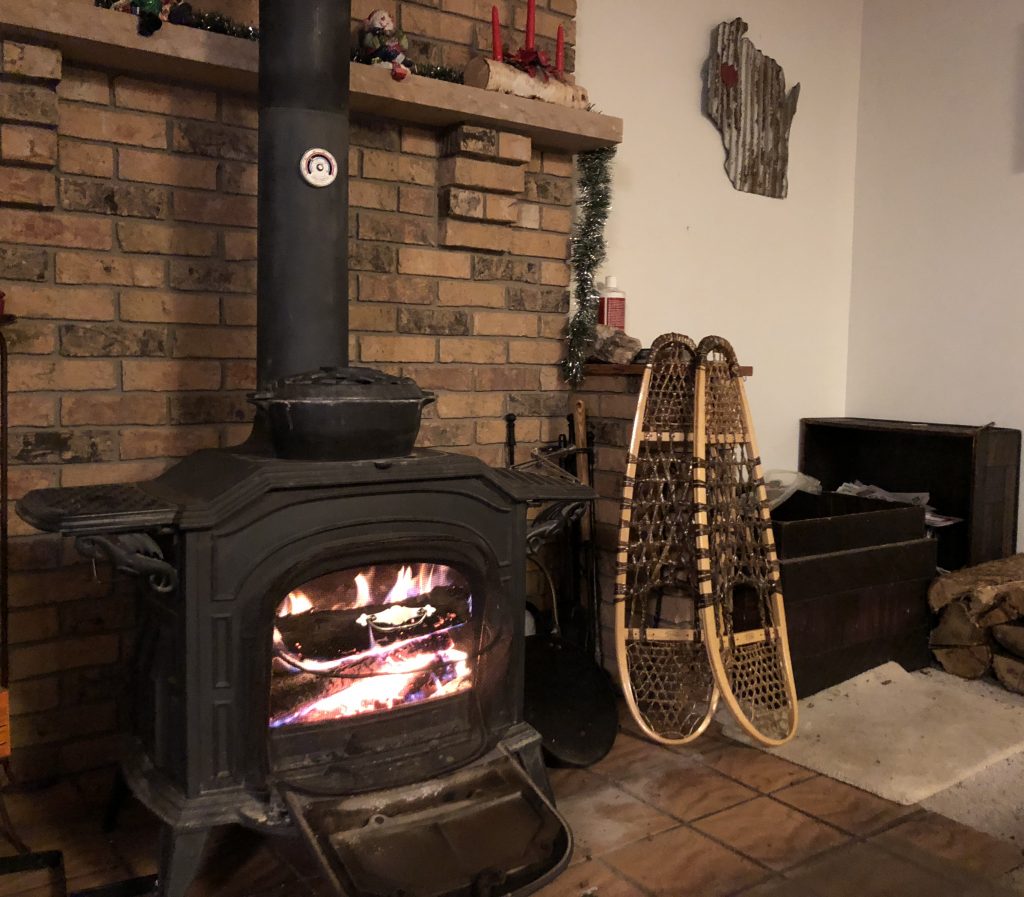 I was going to do a podcast today, but I need to rant about something happening in America. So bear with me. I will do a podcast in the next couple of days.

Not surprisingly the media—for ratings—has whipped up frenzy, hype, and sensationalized the cold temperatures. Yes, it is cold, but the reporting on it is getting pathetic and the constant pounding by the media is making Americans think they cannot cope with some extra cold weather.

This is symptomatic of something larger happening (or has already happened) in our soft nation.

I grew up in Wisconsin and went to high school in the 80s. In the winter, if you knew it was going to snow the next day, you set your alarm an hour earlier so you could have enough time to shovel the driveway and the sidewalk. School was so rarely cancelled and that for a blizzard, not even for a winter storm. We went to school if it snowed. If it was not a blizzard, there was school, and you needed to be on time. In addition, there was no such thing as a “delayed opening,” what schools do today. There was no such thing because you got up early those mornings.

No belly aching. It is what you just did.

And schools never closed because it was “too cold.” And this was in the days of the station wagon that would take a half hour just to warm up, unlike today’s technology where cars warm up super fast.

The vast majority of people do not work outside, so I am taken back by so much hysteria over the “cold” weather. I also walked to school in the cold and the snow. No big deal. As did countless other Wisconsin teenagers.  I got my first car as a junior in high school, a Delta 88 Oldsmobile, which was a hand-me-down from my father. It was a diesel and seemed like a boat. In the winter if I forgot to plug it in, forget it, it would not turn over in the morning. It was a foot-hike to school instead.

One of my most favorite memories as a kid was when I was in grade school and during the winter months at recess we played tackle snow football. I absolutely loved it, and so did the other boys. One of my favorite teachers was the quarterback for both teams. The best times for playing tackle football was when it was actually snowing. It was a blast to tackle—and be tackled—in the snow. My favorite play was when our teacher would throw us bombs that would reach to the end of the school yard. We never thought about how cold it was or whether the inside of our gloves became slushy wet. We were warm inside because we were having the times of our lives. And that was all that mattered. The very notion today of boys playing tackle football, let alone in the snow, during recess is anathema to our bubble-wrapped, no-risk generation.

Sadly, boys today will never have that experience. They are coddled and told they cannot—nor should!—cope with such elements as cold or snow. Today boys and girls—and their parents—are indoctrinated by the media, government, their schools, and even their own parents that they should not have to cope with these conditions. Consequently they have become pampered, lazy, and bereft of an outdoors childhood.

Their only childhood memories will be the shallow time spent on their iPad or iPhone screens in their bedrooms.

We are a feeble nation where we do not allow our children—even allowing adults!—to go outside if it is, heaven-forbid, under 25 degrees.

My dad grew up on a dairy farm near Barron, Wisconsin, the oldest of four boys. He started farm chores and milking cows in first grade, yes, you heard me right. That is how it was back then. When his dad, my grandfather, had to go lumberjacking during some winters to make ends meet, my dad, starting in fourth grade, had the responsibility of the farm along with his younger brothers. In the brutal winter months—sometimes without electricity—my dad said he looked forward to getting into the barn in the early morning because it was warmer in the barn with the cows than it was in the house. He says even though it was hard work, “it was what you knew,” and there was a sense of accomplishment at the end of the day. He did not experience indoor plumbing until he went off to the army. I asked him how he used the outhouse in the cold winter. He said, “You made it fast.”

It goes without saying that upbringing instilled a work ethic in him the rest of his life, even today as he continues to work in his 80s.  But what is most remarkable is throughout my entire life I have never heard my dad complain once. I have to remind myself of this often when I catch myself complaining over silly inconveniences of life.

The past seven years I have lived in New Jersey. Don’t get me started on how they react to snow or cold weather. You would think they are living in Alabama or something. I have never worn a winter jacket in these seven years in North Jersey. I have had no reason to. If you layer smart with wool socks—why anyone wears cotton socks in the winter is simply stupid—wool thermals, and a 100% wool sweater then there is no need for a jacket. In fact, I am toasty-warmer than most people who wear a winter jacket.

Moral of the story: Don’t be that person that is manipulated by the hyped-up weather of the media. The more you are told that you cannot cope with the elements of life, the more you should give push back.

We are not living in cold, log cabins today as they once did, having to travel to school or church in horse and buggy in zero degree weather, which was not that long ago! We have it so much better than kings did only a couple hundred years ago.

In fact, find a blessing in it. For me, there is nothing more than re-energizes my battery than being up in the northwoods of God’s country, Wisconsin, especially snowshoeing or just “being up here.” (I have this romantic idea of owning a small cabin up here one day with a trout stream traversing the property!) Thrive—don’t merely survive—in the rugged cold weather. It is all about layering. You can be toasty warm in -30 below weather if you know how to layer smart.

Incidentally, my son is not being emasculated by being kept indoors, but having a meaningful and memorable boyhood.