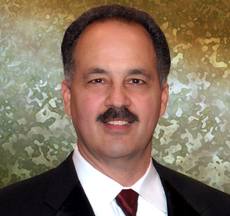 Gary DeMar, who is a preterist advocate from the American Vision worldview ministry, posted today this surface-level critique of the prewrath position. Actually, it was not so much a critique of the prewrath position as it was more a drive-by rambling against futurism. Gary DeMar is not a scholar, he is a popularizer, but that should not excuse him from his slipshod interactions with other positions.

One of the reasons why I think he is unwilling to honestly and substantively interact with futurist positions (including prewrath) is because he loathes futurism and dispensationalist premillennialism. So much so that he is more (much more!) friendly to heretical hyperpreterism than he is with his futurist brothers and sisters in Christ. This is something everyone needs to know when they approach DeMar’s writings. And that should tell you something about DeMar’s priorities, that he loathes dispensationalism/premillennialism/futurism to the degree that he will align himself more with the heresy of hyperpreterism so as to distance himself from dispensationalist premillennialism. To be sure, DeMar is a preterist not a hyperpreterist—though he is often hard-pressed to repudiate the heresy of hyperpreterism (see here and here for documentation on these latter points).

In subsequent posts in this brief series, I will be responding to points in DeMar’s blog article.