Here is a snippet from the next issue of the magazine. If you are not a subscriber to it or you are not a Ministry Partner, be sure to sign up for either one so you will receive a print issue.

This question concerning the Antichrist’s authority has implications for one’s framework of eschatology. Here you go: 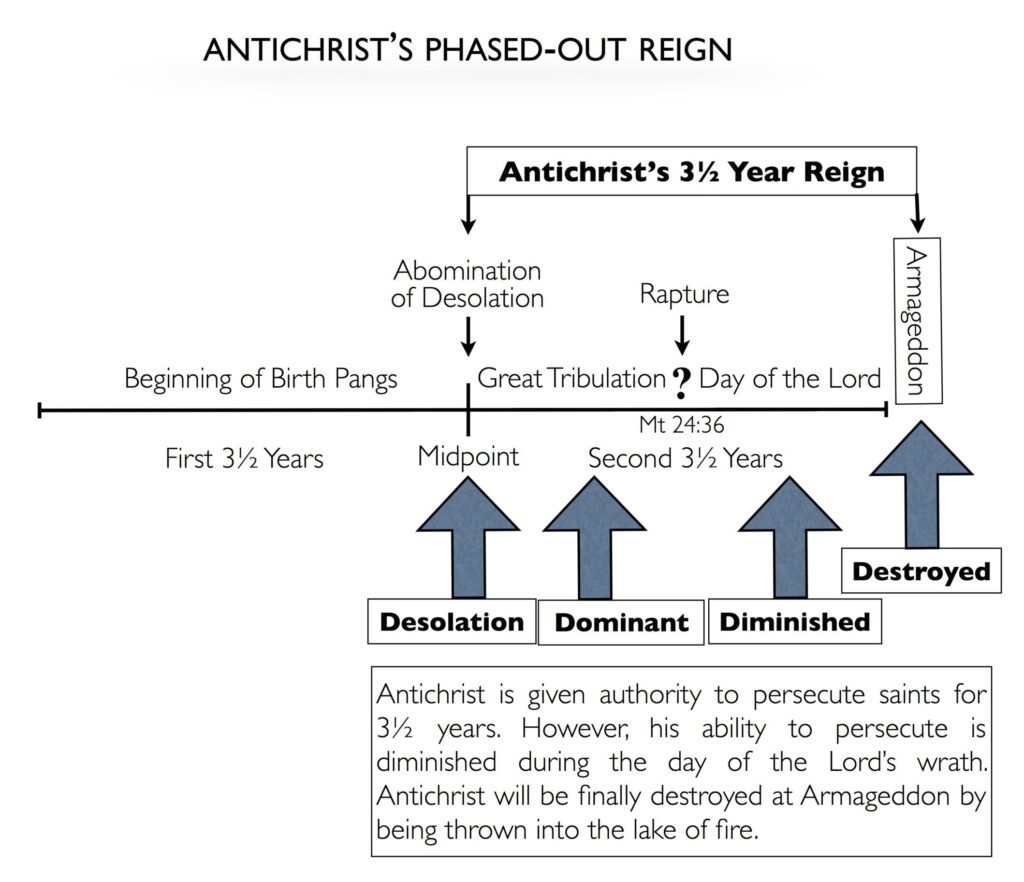 Does the Antichrist Possess Absolute Authority to Persecute the Church for 3 1/2 Years?

First, a faithful remnant of Israel, “the woman,” (Rev 12:12–18) is protected by God from the beast and Satan during the 3.5 year period. This shows that while Antichrist has authority for 3.5 years, he does not have authority over everyone. God does not allow Antichrist’s activities to be expressed without strictures. It follows that if God will do this for a remnant of Israel, then there is no necessary principle that would prevent him from protecting the church for any, or part of, of the 3.5 years.

While God protects certain people during Antichrist’s period of authority, God also judges during part of Antichrist’s 3.5 year period of authority. When the great tribulation is cut short at some unknown point during the 3.5 year period, it will allow sufficient time for the trumpet judgments associated with the day of the Lord’s wrath to occur for the remaining period of the 70th week (e.g. the fifth trumpet is said to last five months according to Rev 9:5). When Jesus returns to judge, Antichrist’s authority will continue where he continues to operate his beast kingdom but from a diminished standpoint during the trumpet and bowl judgments, even attempting to marshal the armies of the world to attempt to defeat Christ in one last stand against him (see Rev 8–9, 15–15, 19). One further point that should not be overlooked is the seventh trumpet of God’s wrath is blown a few days after the 3.5 years ministry of the Two Witnesses (Rev 11:1–15). This demonstrates clearly that God’s eschatological wrath of the previous six trumpet judgments will occur before the 70th week is complete—and accordingly the great tribulation of the beast’s persecution against the church must be cut short before the completion of the 70th week.

For these reasons, it is flawed to think that the book of Revelation establishes the beast’s great tribulation against the church for the entire 3.5 years period. Rather, the great tribulation will be cut short with Jesus’s parousia and on that same day God’s wrath will begin to pour out on the wicked for the remaining part of the 3.5 years.